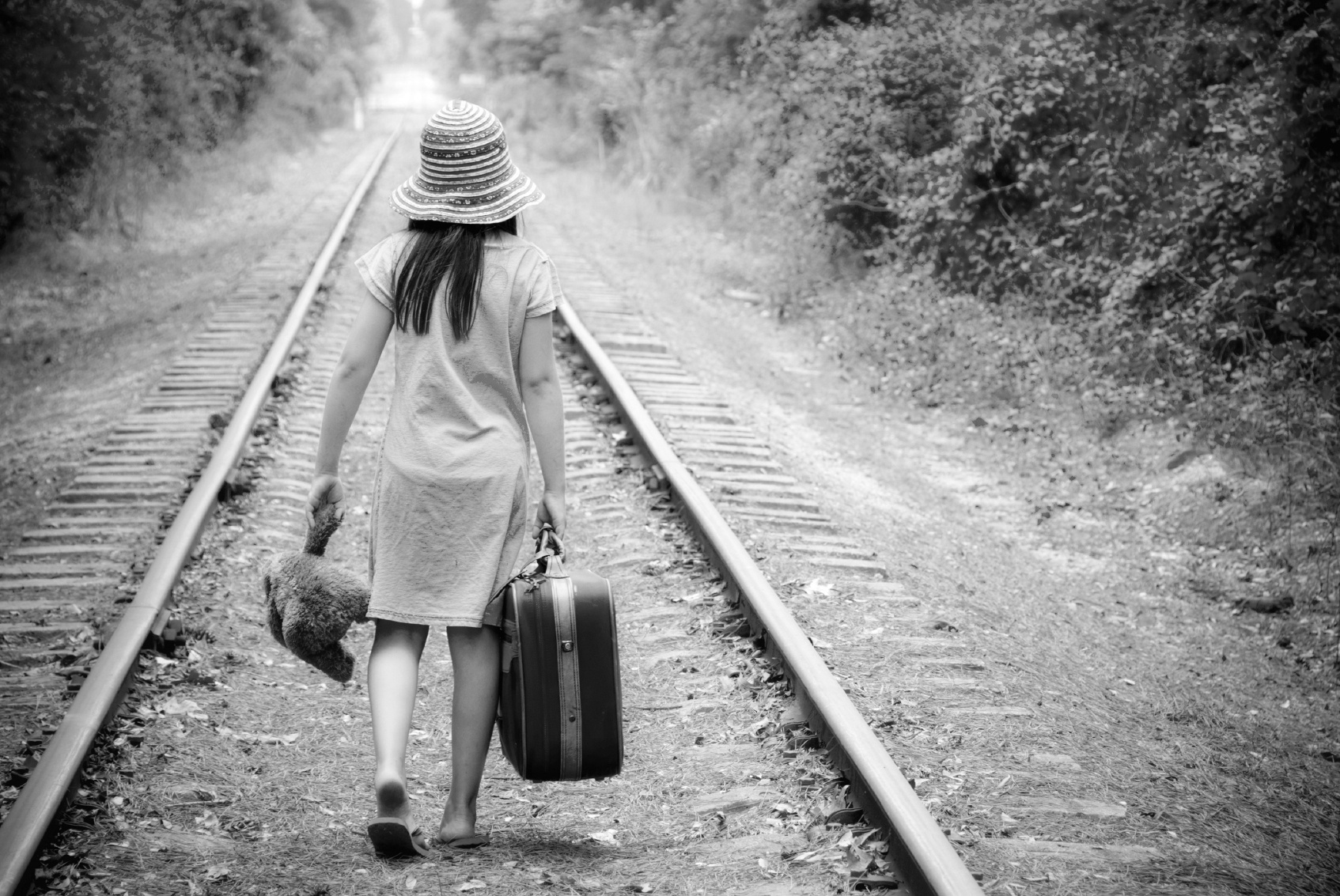 This past month, took a social media vacation because I needed to reset some things.

I wasn’t feeling productive, I felt stagnant and in a rut, and I was constantly overwhelmed by the sensory and emotional bombardment of an always-on news cycle.

I didn’t delete my accounts, merely took the apps off my phone and didn’t log in on desktop. I kept LinkedIn because a) it’s part of my day job and b) it doesn’t seem to have the same drag-down effect on me as the other channels do.

When I felt like posting, I told myself to write instead. If I couldn’t find it in me to write, I spent time with some other creative pursuit – music, needlework, visual art and lettering, whatever.  When I felt like thumbing and scrolling, I picked up my Kindle and read instead.

I estimate that on average I reclaimed 3-5 hours out of every day, from my hour-long commute each way on the train (now spent reading, writing, or listening to podcasts instead of just thumbing through Facebook) to time in the evenings and on the weekends that would too often get consumed with being on my laptop or phone.

Here’s what else I learned.

1. Too Much Social Media Dulls My Creativity

I spend a lot of time online for work, and it was far too easy for me to just linger, aimlessly wandering through social networks and into conversations or content that left me feeling empty and frustrated.

What I realized is that social media was often a crutch for me, a first go-to place when I was feeling restless and I wasn’t tuned into why I was feeling that way. So because it was readily available and easy to find, I would just click open Facebook or Instagram to try and soothe myself or give my brain hamsters something to do.

After I shut the apps off, when those feelings showed up I had to actively ask myself “What do I need right now?” when I felt mindlessly drawn to flipping through my social feeds, and consciously tried to figure out what I was feeling.

Bored? Tired? Procrastinating a task I didn’t want to do? Lonely and craving connection?

I felt all those things at one point or another, but most often I realized I was muting my creativity…out of fear.

Frequently I don’t write, or create, or play music because somehow I still feel unworthy of those pursuits – they feel frivolous, and like I should be doing something “productive” (more on hustle culture below) – and I also am afraid of being bad at them. I’m still unpacking where those misguided notions of creative perfectionism come from, but suffice it to say it was a bit of an epiphany.

When you turn down the white noise of mindless distraction, you can clearly hear what’s in your own heart and mind (even if it’s hard to hear).

2. I Had a Hard Time Letting Go

Once upon a time, I had 15 minutes of sort-of notoriety in a very small corner of the internet. That was a long time ago now, but there were good things that came out of it. Job opportunities, book deals, speaking engagements, friendships, experiences, a sense of belonging to something bigger and a feeling that I had something of value to say.

There were also bad things. Business failure, broken relationships and friendships, layoffs, rejection, harsh criticism and rebukes from virtual strangers about all of the good things that I apparently didn’t deserve or earn.

Many of my social networks were serving as heavy, moss-covered anchors holding me in my past self rather than allowing me to move freely, fully and confidently into who I am today. I still felt like I owed people explanations for why I didn’t write six more books or chase a massive speaking career or why my business failed and my career stalled. I kept revisiting nasty comments from people about how I was a nobody, working in a mediocre career that I had never earned to begin with (despite the decade+ experience I had before I ever found social media). I was hearing and seeing the “hustle culture”, and feeling guilty that I didn’t really want any part of it.

So I was stuck in this limbo of needing validation that I still had a place in this industry – a large part of which had long forgotten about me, frankly, when I didn’t stay on the ‘influencer’ lists – and needing to break free of those self-inflicted expectations and baggage.

Once I disappeared for a few weeks, it was clear how many superficial relationships I’d been clinging to, thinking those people actually noticed whether I was around or not (spoiler: they didn’t) and that they were paying attention to what I was doing or not doing (spoiler: they weren’t).

Now I realize how it’s long past time to set down those heavy old burdens, cut the stale old ties, and start fresh.

It was a huge weight off my shoulders when I gave that gift of freedom to myself. It made a palpable, concrete difference in my mood, my sense of self-worth, and my sleep habits when I removed toxicity and negativity from my midst, and when I told myself once and for all it was okay to say goodbye to that part of my life.

So I for sure learned that I had to reconcile my past, and my deep experiences in the deep end of imposter syndrome.

Once I started to do that, I learned something amazing.

It came out in words, mostly, as I gave myself unfettered time – and privacy – to write things down without having to share them with the world. I journaled and scrawled on napkins at coffee shops and wrote blog posts I didn’t publish (yet). I worked on things that have potential to end up in the book I’m working on, which evolves a bit every day as I develop my thinking and ideas. But in the words, I started discovering an important thing.

I’m not done yet.

Just because I’ve closed one chapter on my life doesn’t mean I don’t have many more in front of me. And it doesn’t mean that they can’t be not only as good but better than that one was. I have a lot to give, create, and explore, still.

That may sound painfully obvious to you, but using social media to wallow in my scar tissue was obfuscating that very clear and optimistic truth from view. I was believing a bunch of false things about myself and my work that simply aren’t real.

So now I get to dig in and move into this new chapter with my eyes open wide, my ears open even wider, and my heart and mind receptive to the things the universe has in store for me.

But the noise of the internet was keeping me from realizing a lot of this stuff, and finding the courage to really surrender to it once and for all.

I don’t need the internet to incessantly tell me everything that’s wrong with the world. And no, that doesn’t mean I’m shielding myself from viewpoints that are different than my own, or turning a blind eye to the difficulties we face as a species right now.

I’ve made the mistake of jumping into the fray, lamenting and retreading what feels like a really broken world every day, all day long. And it’s not only exhausting, it’s damaging. Seriously. My emotions were feeling the weight of all of the awful things out there, and I was constantly feeling overwhelm that I couldn’t address it all, helpless and powerless about my individual impact or lack thereof, angry that it was all happening, and guilt that I wasn’t doing more.

I am perfectly capable of being informed and educated under my own power. I know where to go to find the information I need. I am active and engaged in causes that matter to me at a level that is manageable for my life and emotional capacity.

And I do not need to drown myself in it continuously in order to self-castigate and try to make up for the things I have not yet done.

So I’m employing strong filters for the people I keep around me, the topics I’m willing to engage in, and the overall energy and attitude I want to bring to the world. There’s enough negativity around to choke a herd of elk. I don’t want to add to the noise, and I certainly don’t want to keep subjecting myself to it coming from others.

There’ll be changes to the way I show up online as a result.

Social media gets a bad rap, and a lot of times when people write posts like this, they end up burning the whole thing to the ground as a waste of time.

That’s not true for me. I have a lot of friendships that I’ve made online that I enjoy. I like keeping up with people I’ve met over the last many years. I like the clever little quips on Twitter that make me laugh or marvel at a brilliant turn of phrase. I like learning about new things because I was curious and clicked on a link about something I don’t know anything about.

So I’m going to keep doing that, I’m just going to be a lot more mindful about how and when I do it. I doubt I’ll do all the prescriptive things like setting timers and all that jazz. It’s not my style.

But the time I’ve spent away has helped me realize where it fits in my life and where it doesn’t, and I think that will help me make smart, sane choices about my networks and content and the time I spend online.

If I’ve learned anything at all over the years, it’s that there is no prescription. There’s no “right” way to do this, and whatever works for you is the right answer for you. Mine will look different. That’s ok.

As I’ve always said, the tools themselves are inert. It’s the humans behind them that make or break the experience. So I’m just taking better charge of my own role in all of it, and creating the kind of online universe I actually want to participate in.

Thanks for coming along on this ride with me. I’ve got a lot more to share with you, and I’m looking forward to connecting with you along the way. I’d love to hear what you’ve learned in your own social media vacations, or what else you’d like to know about mine.

In the meantime, the next chapter starts…now.